2019: John Quinones, multi-award-winning co-anchor of the ABC newsmagazine Primetime and sole sole anchor on Primetime series, What Would You Do? 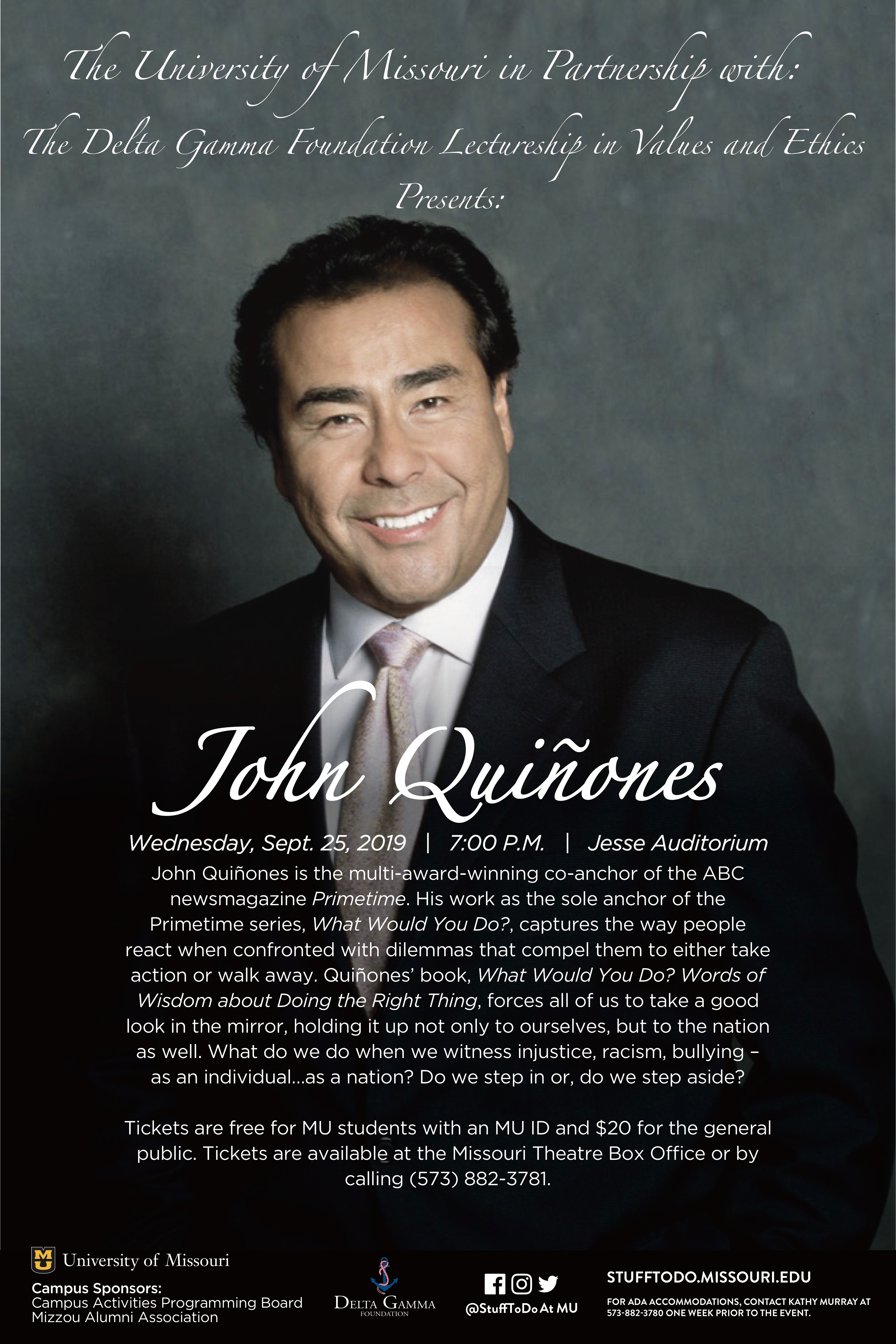 2018: Jeanette Wells, author of the award-winning novel The Glass Castle 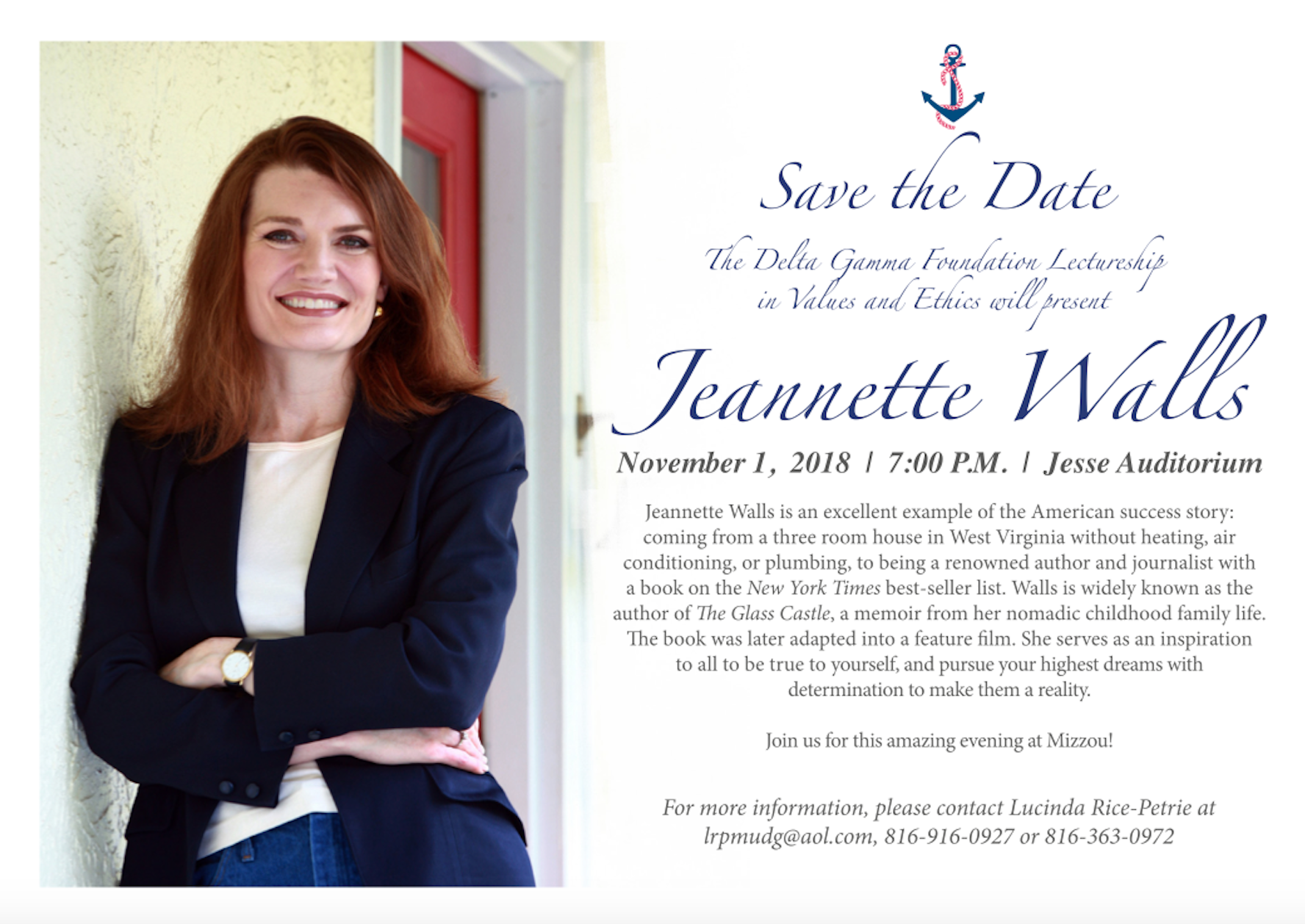 2017: Daymond John, businessman, well known for being a "shark" on the popular TV show "Shark Tank" 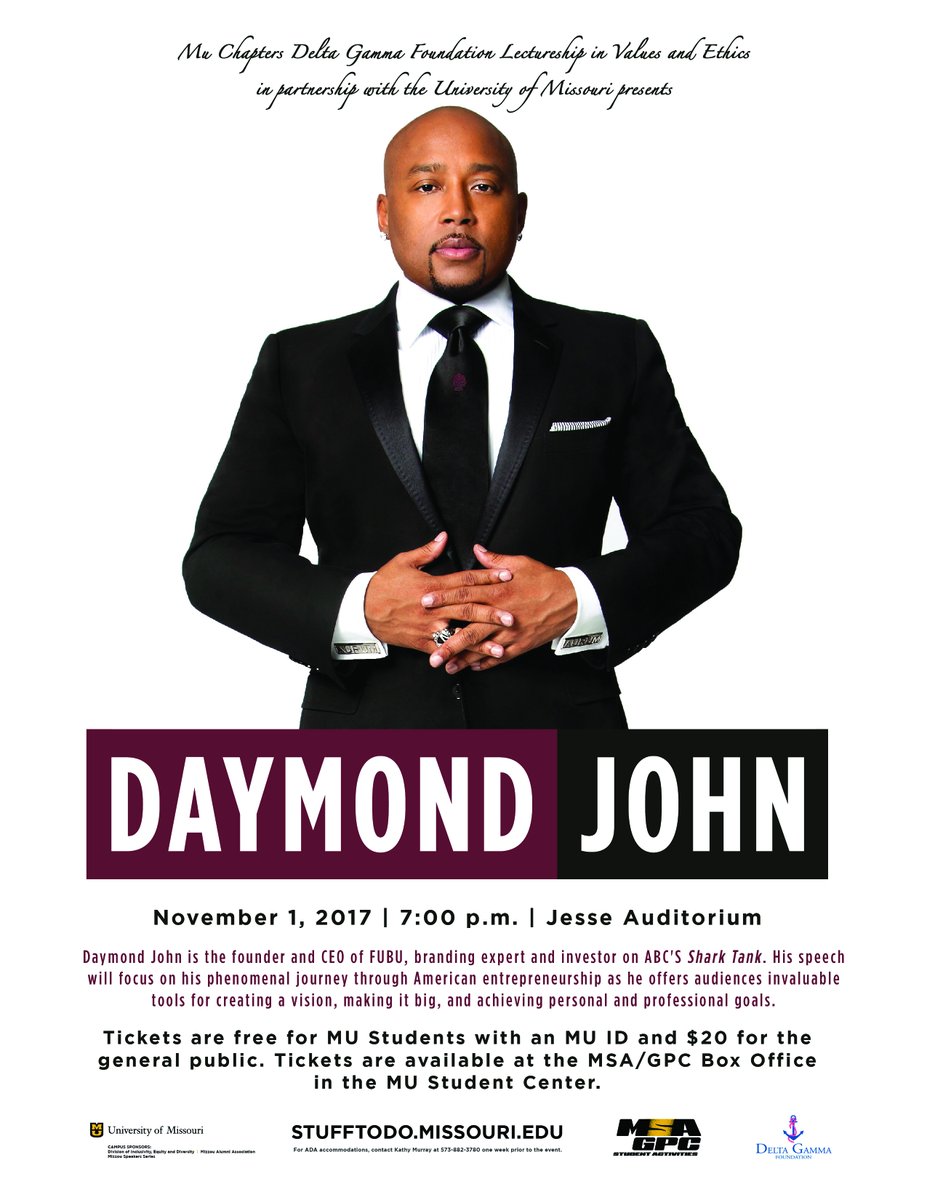 2016: Dr. Bennett Omalu, author of, and the inspiration for the film Concussion, starring Will Smith Our 23rd Lectureship in Values and Ethics will take place on November 1, and the speaker will be announced soon!

The mission of our Lectureship is to preserve and promote ethical behavior and values through exposure to distinguished lecturers on the broad topics of values and ethics. All students may attend free of charge.

Delta Gamma alumnae and collegians, along with the University of Missouri, raised the initial funds for the Lectureship endowment in 1996. In 1999, the inaugural Fall Lectureship presented an evening with Homer H. Hickam, Jr., author of October Sky, and it was met with resounding success. Since then, a host of stellar lectureships have taken place, and to date, we have presented 22 speakers.

Our partnership with the University of Missouri makes us unique, stronger, and recognized as part of the fabric of our University. According to Dr. Cathy Scroggs, former Vice Chancellor of Student Affairs, "The Delta Gamma Lectureship is the single most important opportunity the University offers students to celebrate the institution's values: Respect, Responsibility, Discovery and Excellence."

As long as the University stands, so will the Lectureship!

For more information about attending our Lectureship, or to make a donation to support this extraordinary lecture series, please contact Lucinda Rice-Petrie, Lectureship Committee Chairman, via lrpmudg@aol.com or 816.916.0927